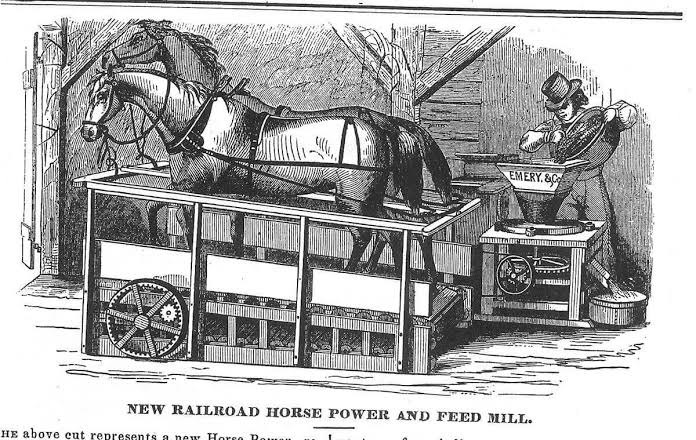 History or Myths of Treadmill

A treadmill is a simulator device widely used as exercise equipment for walking, running or climbing while staying in the same place. Treadmills were introduced before the invention of power driven machine.

It was used to yoke the power of animals or humans and then convert the power into work. In ancient times treadmill was operated by individuals or animals treading steps of a treadwheel to grind grain or to pull out water from deep wells.

In later times, treadmills were used as punishment devices for the people who sentenced to do hard labor in prisons. The 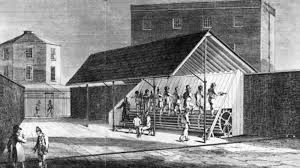 then the terms treadmill and tread wheel were used to capture the power from humans or animals and also used for punishment mechanisms.

More recently, treadmills are not used to harness power from individuals or animals to do work.  Now a day it is not necessary to power the mill manually. An electric motor or a flywheel is used to move the moving platform with a wide conveyor belt.

The belt moves to the rear, requiring the user to walk or run at a speed corresponding to that of the belt. The rate at which the belt moves is the actual rate of walking or running by an individual.

Today, it is not impossible to control and measure the running speed during the workout on a treadmill. Heavy-duty versions are motor-driven usually by an electric motor which is very expensive.

The simpler, lighter, and less expensive versions passively oppose the motion, moving only when walkers push the belt with their feet. The latter one is known as manual treadmills.

According to the Sports & Fitness Industry Association, treadmills persist to be the largest selling exercise equipment category by a large margin. As a result, hundreds of manufacturers throughout the world doing their business by manufacturing treadmills.

It has gained its popularity due to burning fats in a faster way than any other equipment used for exercise. But the invention of this equipment has a long interesting history.

The innovation of a treadmill:

The use of the treadmill can be traced back to the 1st century AD. Some believe that Treadmills as muscle-powered engines were used around 4000 years ago. The traditional Romans used a tread-wheel or polyspaston crane to maneuver serious objects from one place to a different.

Their main use was to raise buckets of water. This same technology was later changed to make rotary grain mills and therefore the treadwheel crane. It was also used to pump water as well as to power the dough-kneading machines.

These ancient machines were in three major designs. The first was to have a horizontal slab jutting out of a vertical shaft. It rotated around a vertical axis. It was operated by using an ox or other animal walking in a circle pushing the slab. Even humans were used to muscle them.

The second design was a vertical wheel, a tread wheel that was powered through climbing in place instead of walking in circles. This is comparable to what we know today as the hamster wheel.

The third design also required climbing but used a sloped instead of using a moving platform. The attached crane was used to lift a heavy object by the successive movement of the wheel. The lifting capacity of the tread-wheel was depended on the diameter of the wheel.

This type of treadmill designed in a way that its efficiency was 60 times more than the purely man-powered construction methods previously used by the Ancient Egyptians to build the pyramids. It truly was a feat of engineering.

While the human-powered tread wheel remained a key piece of machinery right through to the 13th century, the form factor still intimately resembled that of a waterwheel.

Horses were used to operate a stationary machine, a kind of treadmill early in the 19th century. That time renewable power sources like wind and water weren’t accessible like modern days. The then the horse treadmills were used to powerboats in many parts of the east coast of the United States.

This particular treadmill featured a horizontal belt that more closely resembles the models we know today. The horse treadmill was then later tailored within the early 1800s for everyday domestic use. Smaller versions for dogs, sheep, and goats were designed to work butter churns, grindstones, fanning mills, and cream separators.

An English engineer named Sir William Cubitt, son of a miller was the first who invented Treadmills for punishment and that was installed at Bury St Edmunds gaol prison in 1818 aiming at the idle prisoners. He proposed to use their muscle power to both cures their idleness and produce useful work.

Cubitt’s treadmills which are used for punishment usually rotated around a horizontal axis. So the users need to step upwards, like walking up an endless staircase. Those punished prisoners needed to walk around the outside of the wheel of the treadmill. For their stability purpose, they needed to grip the horizontal handrail of the treadmill.

They remained in use till the last half of the nineteenth century; they were like twenty-foot long paddle wheels with 24 steps around a six-foot cylinder. Many prisoners stood side-by-side on a wheel and had to figure six or additional hours on a daily basis, effectively climbing 5,000 to 14,000 vertical feet (1.5 to 4.0 km).

Whereas the aim was principally punitive, the foremost ill-famed mill at Brixton jail was put in 1821 and used to grind grain to supplement an existing windmill which Cubitt had previously installed nearby. It gained ill fame for the cruelty with that it entirely was used for, which then became a well-liked sarcastic trope for early-19th-century prisons.

The machines might even be accustomed to pump water or power ventilators in mines. The US patent of treadmill “training machine” was issued on 17th June 1913.

The version of the exercise treadmill was designed to diagnose heart and respiratory organ illness, and as fabricated by Henry Martyn Robert Bruce and Wayne Quinton at the University of Washington in 1952. Kenneth H. Cooper’s analysis paper on the benefits of aerobic exercise revealed in 1968. It provided a medical argument to support the industrial development of the housing treadmill and exercise bike.

William Staub, a technologist developed the primary client treadmill for home use. He developed his treadmill once reading the book aerobic exercise, by Kenneth H. Cooper that was revealed in 1968. Cooper’s book noted those individuals who ran for eight minutes four-to-five times every week would be a higher physical state.

Staub detected there had been no affordable social unit treadmills at the time and set to make up a treadmill for his own use throughout the late Sixties. He called his first treadmill the Pace Master 600. When the machine was ready to use, he sent this model treadmill to Cooper. Cooper sold out this device to a client. Later it is recorded as the first seller of fitness equipment.

That treadmill was considered as the first fitness treadmill. Before moving production to Little Falls, New Jersey; Staub began producing the first home treadmills at his plant in Clifton, New Jersey.

When it comes in contact with technical evolution, things accelerated at warp speed after the millennium. Life Fitness introduced the first integrated touch screen in 2003. It has a USB connectivity port for popular MP3 players such as the Apple iPod.

Then a prototype treadmill such as treadmill desks was developed which allowed you to work out while you work. Even former Spice Girl Victoria Beckham was pictured in British Vogue using one in customary high heels.

Fast forward and today’s treadmills from Sole, Cybex, and Techno-gym can cost up to $15,000. These connected cardiovascular terminals include everything from TV and the internet, access to heart rate monitors, wireless audio and activity tracker combination. Some can store workout data so that your personal trainer can keep an eye on you.

All these technological developments can assist athletes to go one step forward to push them and even to break world records, like British ultra-marathon runner Susie Chan who, in January 2016, completed 68.54 miles in 12 hours all on a treadmill, according to Kingston University, in London.

The future of treadmills has so far focused on different designs and some weird and wonderful areas of athleticism.

Self-powered curved machines, such as the Wood way Curve, have a slatted belt with upward tilts at both ends to more naturally mimic running. Technogym’s Skill mill features bars and a variable resistance belt that enables users to do drills such as walking sled pushes or sprinting to achieve a more varied workout on one machine.

These treadmills include everything from fitness apps to data syncing. But if you need more muscle group, you need to physically power them which means we are heading back to Victorian prisons again.

Treadmills have even gone underwater. It’s not so astonishing, really, since hydrotherapy is considered a gold standard when it comes to low impact, high-intensity muscle resistance. H20 For Fitness, one of the companies now making underwater treadmills.

Let’s think something different. Like what about running a zero-gravity marathon in space? Are we dreaming? No, not actually. According to the Washington Post, an American astronaut Sunita Williams completed the Boston Marathon from International Space Station in 2007, and Brit Tim Peake followed suit in 2016 by running the London Marathon in space.

Since the ticket price to space is astronomical, the NASA-develops Alter-G anti-gravity treadmill, which brings the space experience to land. NASA claims that the machine offsets 80 percent of your body weight by giving earth-dwellers the same “walking on air” experience.

Running on a treadmill is one of the best ideal solutions for injury rehabilitation or chronic conditions, such as multiple sclerosis. The chef Gordon Ramsay even used the $36,000 machine to recover from a soccer injury, according to the Daily Mail.

If that sounds out of this world, virtual reality treadmills like the Virtuix Omni, Cyberith Virtualizer and Kat Walk can now help you move around other universes without bumping into the dining room table as long as you’re wearing a virtual reality headset.

Who knows one day you could run a digital marathon from the comfort of your home, experiencing it as if you’re there, something that virtual racing innovators Zwift and RunSocial are already pioneering.

These cutting edge innovations are a long way from the treadmill’s prison punishment past and continued reinvention. One thing seems clear: These machines with their dark past also have a bright future. Make sure you’ve got the best running shoes before stepping onto a treadmill.

If you want to know the details of treadmills that are commercial & advanced treadmill please go through the link Fast Health Cares.

Which Treadmill Should You Use for Walking?

How Do You Learn Everything about Treadmills?

What are The Benefits of Pilates Exercises?

How Do You Protect Your Knees on a Treadmill?

How to Choose The Best Pilates Reformer

How Long Should a Beginner Run on a Treadmill?

Why are Curved Treadmills So Expensive?

How to Start Walking Backward on a Treadmill?